Is Boris Johnson Playing Favourites With The Metro Mayors?

Prime Minister Boris Johnson talks with Andy Burnham, the mayor of Greater Manchester, at the Science and Industry Museum in Manchester, 27 July 2019 | Alamy

England’s metro mayors have been at the forefront of a new governance landscape. They talk to Georgina Bailey about the future of the mayoralties, and how their parties impact their abilities.

The UK is one of the most politically (and fiscally) centralised countries in the OECD. When the government’s planned English devolution white paper (expected earlier this year) was rolled into its “levelling up” proposals (due this autumn), many wondered whether the drive to tackle this was being moved to the back burner. At the time, the government said it remained “committed to devolving power to people and places across the country”.

But the UK’s devolution landscape has always been complicated. It is widely accepted that an English parliament, mirroring the Scottish and Welsh parliaments and the Northern Irish assembly, won’t happen – with England having 84.5 per cent of the UK’s population, most believe a federal system would be unbalanced. English regional parliaments look unlikely too.

Instead, England’s answer to devolution has been the creation of metro mayors. But with inconsistent powers and uncertainty about how they might develop, what is the role of these mayors in UK politics?

Andrew Carter, chief executive of the Centre for Cities says: “The Labour government’s ambitions in 1997 around Welsh devolution and Scottish devolution was primarily about democracy, representation and nation recognition – there wasn’t really much of an economic plan.”

In contrast, when George Osborne first started working on English devolution in 2014, Carter says it “was primarily about economic development, not about democracy or representation in a more philosophical sense… That is why devolution literally looks like it does, and why the mayors have or haven’t got certain powers.” Currently, most powers are focused on adult skills and driving economic regeneration.

Osborne tells The House that while rebalancing the economy was a key objective of English devolution, strengthening democracy and economic development are “two sides of the same coin. Often to bring economic growth to an area, you have to have the support of the local community” – that means metro mayors with “real power” and “real accountability”.

While each mayor’s powers differ depending on their region’s deals with government, all are responsible for developing strategies for growing their city region economy, and have some degree of control over housing and adult skills budgets. Nearly all have some powers relating to transport, although the scale differs. Tracy Brabin in West Yorkshire (the only female mayor) and Andy Burnham in Greater Manchester are police and crime commissioners for their areas; Burnham’s (pictured below with Steve Rotheram in 2017) remit also includes health and social care. 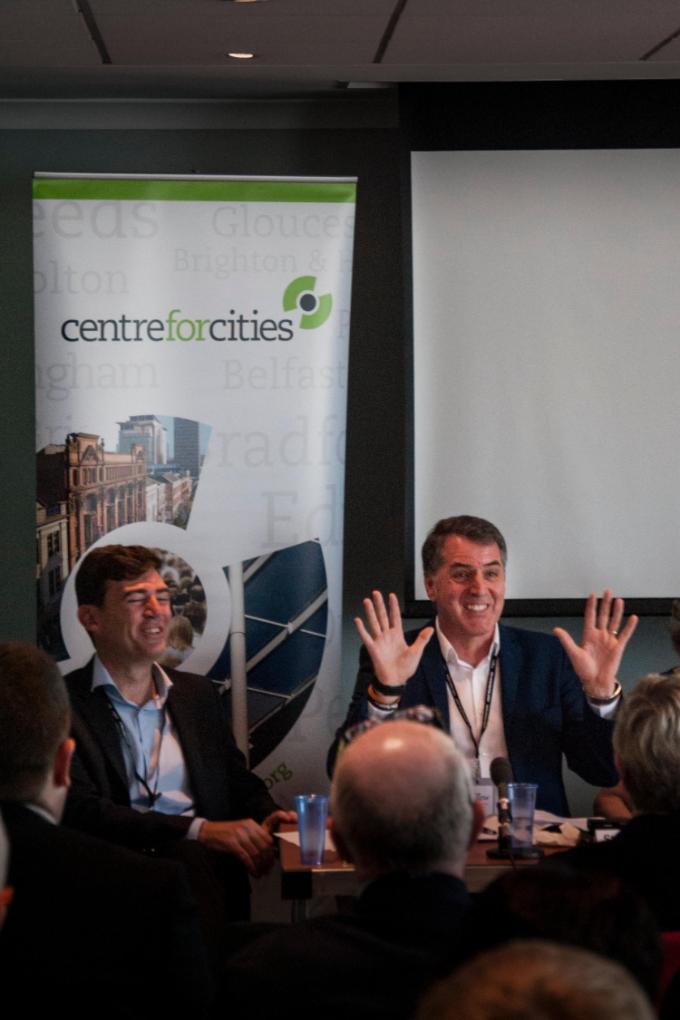 However, many metro mayors who spoke to The House describe their role as broader than that suggested by their formal powers: they’re public champions for their region, with the ability to bring people together to drive improvement and investment.

While some metro mayors believe that mayors should prove they can work effectively with what they have before asking for more powers, most agree with Osborne that more powers should be devolved; Centre for Cities polling earlier this year found 83 per cent of metro mayor voters back further devolving of powers too.

Mayors as an institution are also increasingly popular: turnout at the 2021 mayoral elections increased compared to 2017, with average turnout up six points to 33.8 per cent. However, Centre for Cities also found that although three-quarters of people knew they had a metro mayor before May’s elections, name recognition ranged from seven per cent in the West of England to 63 per cent in Greater Manchester.

Dan Jarvis, mayor of South Yorkshire and chair of the M10 group says: “While mayors are still a relatively new innovation – and I’ve always described it as a process, not an event – recent events, not least during the pandemic and lockdown, have concreted in people’s minds the value of regional representation. I think mayors are here to stay. The issue now is how we can build on the existing arrangements and provide not only greater resources, but also greater powers, so they can be much more transformative in terms of the work that they do.”

One of Jarvis’ frustrations is that the political allegiance of mayors influence the access that those mayors have to government – a view shared by Steve Rotheram in Liverpool City Region.

Rotheram says “I’m not necessarily going to have a big moan that there’s favouritism towards the Tory areas. What I do have a moan about is the government pretending there’s not favouritism towards Tory areas.” He gives the example of green investment in Tees Valley and the West Midlands, despite his region having existing green industries and resources to develop.

Ben Houchen (pictured below with Boris Johnson in 2019), the Conservative mayor of Tees Valley, agrees he has better access but insists it’s about the appetite of individual mayors to forge relationships with the centre. “Do I have better access to senior government ministers and secretaries of state and No 10 than Andy Burnham? Of course I do. That’s the nature of the politics, but that’s also not to say that Andy doesn’t have that access. I just know that Andy doesn’t try and utilise that access as much as he probably could. Would he ever have the same access as me? It’d be nonsense to say that he could do that.” 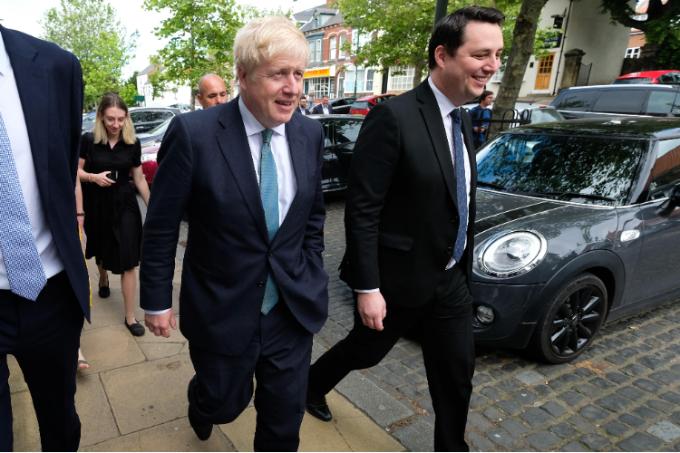 Before the summer, Houchen said he spoke to “either Boris Johnson or somebody directly within the Prime Minister’s Office once every couple of weeks, maybe once a week.” In contrast, Rotheram says they’ve met on only a handful of occasions.

While the Prime Minister committed to have a meeting with the mayors [before the May elections], he never actually made good on that commitment

When May’s elections left the Tories with only two metro mayors compared to Labour’s seven (London’s Sadiq Khan is in the M10, but not categorised as a metro mayor), there were whispers around Westminster that Johnson had been put off growing mayoralties further, particularly after high-profile public battles with Burnham over Covid support.

Jarvis describes the relationship between M10 and the government as “a little bit like unrequited love; all the mayors are very keen to engage with senior ministers and [enjoy] that close working relationship with government. But it’s been frustrating. While the Prime Minister committed to have a meeting with the mayors [before the May elections], he never actually made good on that commitment… But we urgently need to meet with the Prime Minister to discuss how we can reset the relationship.”

Houchen says the M10 is a “talking shop that achieves nothing” and he’ll “continue to concentrate on delivering jobs and investment for Teesside while others sit around talking about it”.

“I’m not elected to do Burnham’s or Rotherham’s job for them,” he says. “It is rare that the challenges we face and the solutions we need are the same as those in Birmingham or Manchester.”

Houchen says the Prime Minister has not given up on metro mayors, and that their high-profile can play another role, as a counterbalance to prominent nationalist voices elsewhere in the UK.

He says: “You’ve got people like Nicola Sturgeon who represent people of Scotland and therefore give themselves a platform that they are the only voice outside of Westminster that has an alternative viewpoint… But [with metro mayors] you create, not necessarily counter-voices that are supportive of the government, as obviously Andy Burnham is not supportive of the government, but a counter to this very hardline SNP Scottish independence model.”

Jarvis also envisages a role for mayors in preserving the union. “Mayors have a vital role to play in renewing our democracy, addressing the disillusionment that so many people have with our politics,” he says. “There’s a fragility to the United Kingdom at the moment, there are all sorts of pressures to pull the UK apart. Devolution and the work of English mayors in terms of strengthening our economy and strengthening our relationship with the rest of the country have a really important role to play.”

Whether new metro mayors will be a feature of the Levelling Up white paper remains to be seen. But five years into their existence, the mayors are certainly making their mark.