The government has been accused of “box-ticking” with the current Covid testing system for international travel after pictures showed samples piled high waiting for collection and processing by a private firm.

It has led to calls by the travel industry for the government to step in and pay for PCR tests for people returning to the UK if they have been fully vaccinated.

Currently anyone arriving in the UK from an amber list country must take a test on day two, even if they have received both Covid vaccinations.

People who are not fully vaccinated must also take a test on day eight and self-isolate for ten days.

The average cost of a private PCR test is around £75. Some companies are offering express results within 90 minutes for as much as £400.

But pictures shared to social media this week have shown images of dozens of uncollected samples from leading testing company Randox.

Randox has said they are “increasing the frequency of box collections” and improving their logistics network. “All of the sample kits pictured will be processed,” a spokesperson added.

Paul Charles, CEO of Luxury travel consultants The PC Agency, described the images as “a scandal” and believed the entire system of requiring PCR tests following international travel was “lacking trust among consumers”.

“Consumers are fed up with the high prices, they are not prepared to put up with the hassle and faff of organising them, and then they see that the tests which the government insists on are not even checked in some cases as those pictures showed,” Charles told PoliticsHome.

He described the current system as a “box-ticking exercise”.

“Its costing consumers a small fortune – especially families of four – and it is a scandal,” Charles continued.

“Consumers are fed up with being fleeced on the costs of tests by some providers, and it’s time for an overhaul.”

Charles called on the government to remove VAT from PCR tests in a move he believed would help the struggling travel sector recover more quickly from the impact of the pandemic.

The World Travel and Tourism Council, which represents the industry globally, has gone further and said the government should now should pick up the entire post-travel testing bill for those who have been double-jabbed, or replace the need for a PCR with a less expensive lateral flow test.

Last week transport secretary Grant Shapps faced criticism after he urged Brits travelling to Spain to get the significantly more expensive PCR test over an antigen test on return to the UK due to their enhanced accuracy, and ability to track specific variants of Covid-19.

“It’s clear that many British adults simply can’t afford to travel overseas at all if they have to pay the excessive cost of PCR tests,” World Travel and Tourism Council acting CEO Virginia Messina said.

“More affordable antigen tests, with PCR tests for those who do test positive, will help keep travellers safe and make taking a trip overseas within the budget of most people.

“But if the government wants extra information for genomic sequencing – they should pay for it. If they don’t pay, then consumers will vote with their feet and avoid international travel altogether, further damaging the already struggling UK travel and tourism sector.

Following criticism over the variable cost of testing from private firms, health secretary Sajid Javid has written to the Competition and Markets Authority asking them to conduct a “rapid high-level review of the market for PCR travel tests to assess what action might be taken to ensure that consumers do not face unnecessarily high costs or other poor provision”.

But shadow transport secretary Jim McMahon accused Boris Johnson of a delayed reaction the the Delta variant’s arrival in the UK and believed this was the reason enhanced genomic testing was now following international travel. As a result he also felt the cost should be passed onto government rather than consumers. 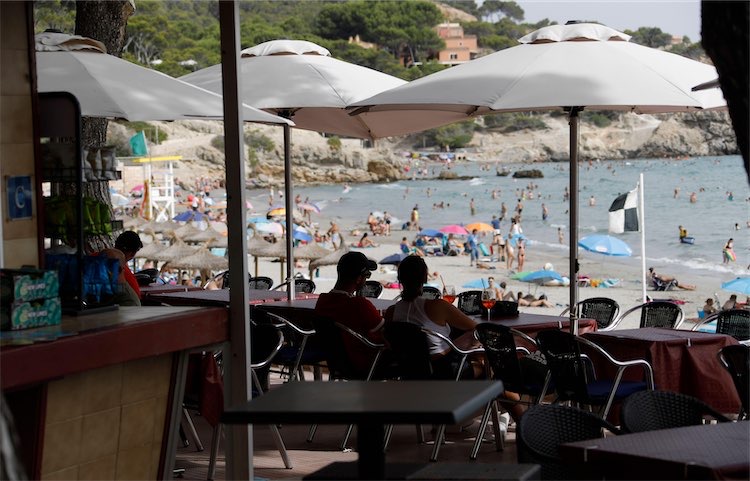 “The reason it’s costing holidaymakers a fortune to go on holiday safely is because Boris Johnson’s incompetent government has failed to act time and again, letting the delta variant in, and refusing to listen as their chaotic amber list system wreaked havoc on the travel industry and families’ hopes of getting away,” McMahon told PoliticsHome.

“It is right that the CMA is looking into the price of PCR testing but let’s be clear where the responsibility for this lies.”

Clive Wratten, chief executive of the Business Travel Association, is suggesting a consumer campaign similar to last year’s Eat Out to Help Out called “Flying High, Testing Low”, which will offer PCR tests subsidised by the government with the price capped at £20 per-person per-test.

In a letter to ministers he said: “This campaign will re-build consumer confidence and stimulate the much needed return of business and leisure travel that will help the economy recover and play a part in creating a global Britain.”

Analysis of the government’s list of more than 100 approved test providers by the Liberal Democrats shows just 11% were offering them for less than £50, while a quarter were charging more than £200.

The party’s health spokeswoman Munira Wilson said: “International travel cannot become a luxury that only the wealthy can afford.

“The price of PCR tests for international travel are a rip-off and far higher than most other countries.

“Many have not seen their loved ones abroad since the beginning of the pandemic and the cost of testing is a real barrier to travel.”