The UK’s four Chief Medical Officers have advised that all over-12s should be offered a Covid-19 vaccine following a fresh review.

Health Secretary Sajid Javid is almost certain to approve the move after the country’s leading medics said offering the jabs to those in the age group would reduce disruption to education.

The advice came after the Joint Committee on Vaccination and Immunisation (JCVI) refused last week to recommend the jabs for those in the age group solely on health grounds because the benefits of vaccinating healthy children were too marginal.

But the group said it backed a further review looking at the “wider issues” of the programme, such as the impact on schooling.

In a letter to Javid, the four Chief Medical Officers said while the health benefits of offering the jab were “less clear cut” than for adults, they insisted reducing disruption to education was important to “public health”.

They wrote: “Evidence from clinical and public health colleagues, general practice, child health and mental health consistently makes clear the massive impact that absent, or disrupted, face-to-face education has had on the welfare and mental health of many children and young people.”

“Having a significant proportion of pupils vaccinated is likely to reduce the probability of such events which are likely to cause local outbreaks in, or associated with, schools.

“They will also reduce the chance an individual child gets COVID-19. This means vaccination is likely to reduce (but not eliminate) education disruption.”

The recommendation from the CMOs is a single Pfizer dose for now in 12 to 15-year-olds. 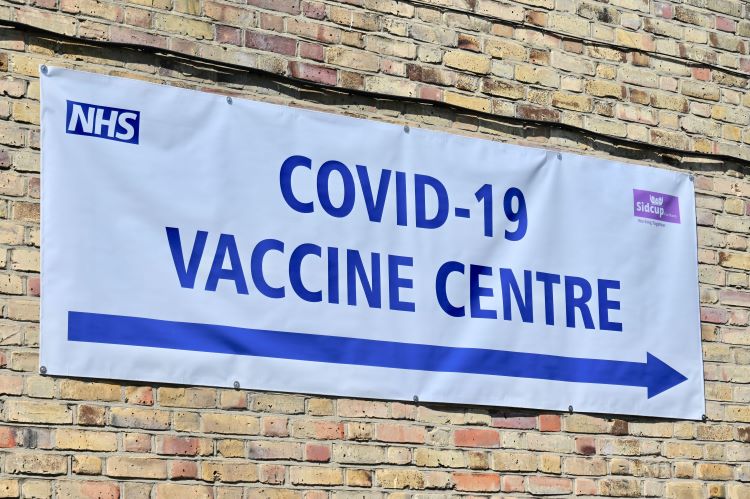 In the letter, they added: “Whilst full closures of schools due to lockdowns is much less likely to be necessary in the next stages of the COVID-19 epidemic, UK CMOs expect the epidemic to continue to be prolonged and unpredictable.

“Local surges of infection, including in schools, should be anticipated for some time. Where they occur, they are likely to be disruptive.”

And they said that the risks of vaccination, including links to a heart condition, were “very rare”.

But the group said they wanted further advice from the JCVI on “whether, and what second doses to give to children and young people” based on data from other countries, saying it was likely this would not be available before next year’s Spring term.

The UK’s drug regulator, the Medicines and Healthcare products Regulatory Agency (MHRA) have already cleared both the Moderna and Pfizer jabs for all over-12s, saying a “rigorous review” of the safety and efficacy data showed “extremely positive results”.

The vaccines are likely to be given by the schools vaccines service who have experience giving out the childhood flu and HPV vaccine, and are set to be given out as soon as possible. Speaking earlier, Labour leader Keir Starmer said his party would back the move if it was given approval by medics.

“If the scientific advice is that it is safe then we’d go with that recommendation,” he said.

“We’d also suggest there are other mitigations in schools, such as ventilation, which should have been put in place a long time ago.”

Commenting on the decision of the Chief Medical Officers of England, Scotland, Wales and Northern Ireland to recommend the vaccination of 12-15 year olds, Dr Mary Bousted, Joint General Secretary of the National Education Union, said:

“The decision by the Chief Medical Officers to encourage the take up of vaccinations by 12-15 year olds will be another tool to help pupils sustain their access to education throughout the autumn and winter.

“While we recognise that a decision on vaccinating children needed careful evidential judgement,  it would have been better if a decision could have been made earlier during the summer holidays. It will now be well into the autumn before the impact of the vaccination programme will be felt.”